Ashley M. Jones received an MFA in Poetry from Florida International University (FIU), where she was a John S. and James L. Knight Foundation Fellow. She served as Official Poet for the City of Sunrise, Florida’s Little Free Libraries Initiative from 2013-2015, and her work was recognized in the 2014 Poets and Writers Maureen Egen Writer’s Exchange Contest and the 2015 Academy of American Poets Contest at FIU. She was also a finalist in the 2015 Hub City Press New Southern Voices Contest, the Crab Orchard Series in Poetry First Book Award Contest, and the National Poetry Series. Her poems and essays appear or are forthcoming in many journals and anthologies, including CNN, the Academy of American Poets, Tupelo Quarterly, Prelude, Steel Toe Review, Fjords Review, Quiet Lunch, Poets Respond to Race Anthology, Night Owl, The Harvard Journal of African American Public Policy, pluck!, Valley Voices: New York School Edition, Fjords Review: Black American Edition, PMSPoemMemoirStory (where her work was nominated for a Pushcart Prize in 2016), Kinfolks Quarterly, Tough Times in America Anthology, and Lucid Moose Press’ Like a Girl: Perspectives on Femininity Anthology. She received a 2015 Rona Jaffe Foundation Writer’s Award and a 2015 B-Metro Magazine Fusion Award. She was an editor of PANK Magazine. Her debut poetry collection, Magic City Gospel, was published by Hub City Press in January 2017, and it won the silver medal in poetry in the 2017 Independent Publishers Book Awards. Her second book, dark // thing, won the 2018 Lena-Miles Wever Todd Prize for Poetry from Pleiades Press. She won the 2018 Lucille Clifton Poetry Prize from Backbone Press, and she is the 2019 winner of the Lucille Clifton Legacy Award from St. Mary’s College of Maryland. Jones is a recipient of a Poetry Fellowship from the Alabama State Council on the Arts. She currently lives in Birmingham, Alabama, where she is founding director of the Magic City Poetry Festival, 2nd Vice President and Membership Chair of the AWC, and a faculty member in the Creative Writing Department of the Alabama School of Fine Arts.

Alina Stefanescu was born in Romania and lives in Birmingham, Alabama. A multiple Pushcart Prize and Best of the Net nominee, her first poetry chapbook Objects in Vases (Anchor & Plume Press, 2016) won the 2016 Award for Poetry Book of the Year from ASPS. Her debut fiction collection, Every Mask I Tried On, won the Brighthorse Prize and was published in May 2018. Her writing can be found in diverse journals, including Prairie Schooner, North American Review, FLOCK, Southern Humanities Review, Crab Creek Review, Up the Staircase Quarterly, Virga, Whale Road Review, and others. She serves as Poetry Editor for Pidgeonholes, President of Alabama State Poetry Society, Board Member for the Alabama Writer’s Conclave, Co-Founder of 100,000 Poets for Change Birmingham, and proud board member of Magic City Poetry Festival. Her poetry collection, Defect/or, was a finalist for 2015 Robert Dana Poetry Award. A finalist for the 2019 Kurt Brown AWP Prize, the 2019 Greg Grummer Poetry Prize, the 2019 Frank McCourt Prize, and the 2019 Streetlight Magazine Poetry Contest, Alina won the 2019 River Heron Poetry Prize. She loves to collaborate across mediums and be the poem she wants to read in the world. 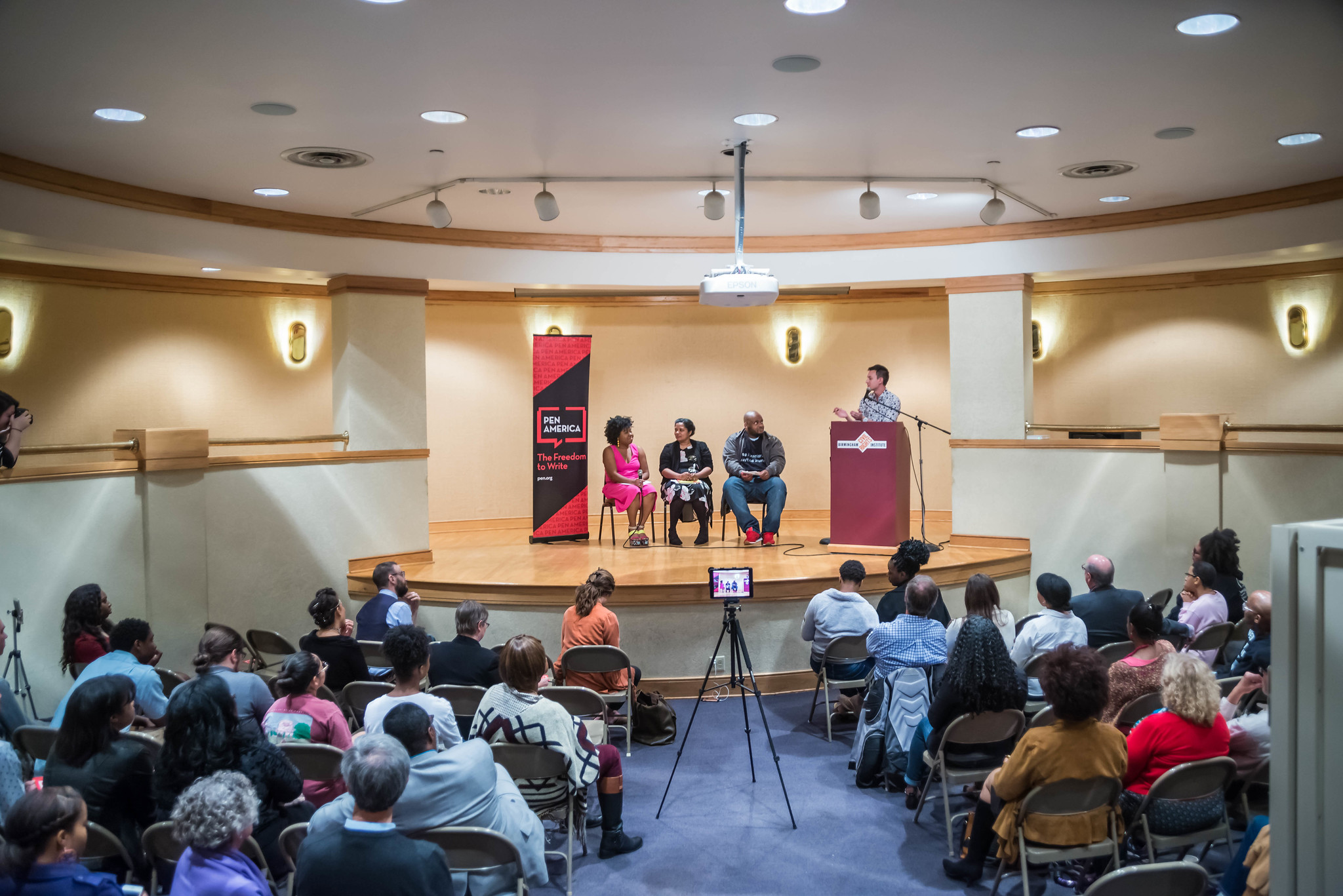 [VIRTUAL] Nature In Poetry: A Poetry Workshop with Camille Dungy

[VIRTUAL] A Conversation with Monique L. Jones and Dr. DeMaris B. Hill

Reading for Justice: Confronting Mass Incarceration in the South

An Evening With Sonia Sanchez

A Screening of “BaddDDD Sonia Sanchez”

In Translation: Reading and Discussion

50 Years Post-MLK: Media, the Magic City, and How the South Was Won

Back to PEN Across America »